I've had this canvass around forever - it's 36" by 40" -- and I haven't been painting this size for a long time.   This is something of a protest piece.   At one of our art league group displays, in a local market, one of our artists hung four (somewhat abstract) nudes.   We were told they had offended a few customers; and we had to take them down.   Then we were researching new venues - one in a upscale coffee shop and another in the conference room at the public library.   In both of those we were told "no politics", "no religion" and absolutely "no nudes".   So I've used this large canvass to paint a nude.  It's called "Inside The Box" -- because for crying out loud, don't think outside the box.
Anyway, it's done in acrylics with iridescent gold mixed into the other colors - so that the skin tones have a glow to them.  I may never be able to display this anywhere - at least not in this town.   Too bad. 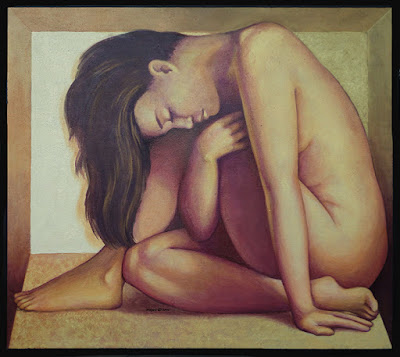 Posted by maggie at 6:37 PM No comments: 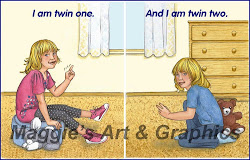